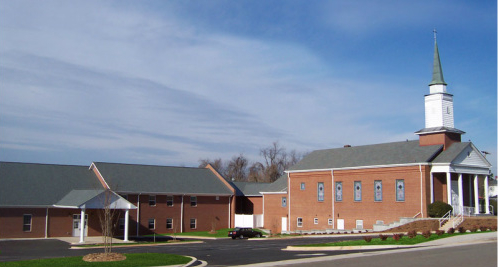 Dobson First Baptist Church wanted to replace their existing wireless networking solution because it was unreliable and was not able to provide signal throughout their approximately 30,000 sq. ft. multi-floor facilities. With plans to grow various ministries, and with requests from members becoming more common, it was time for a professional-grade wireless solution. 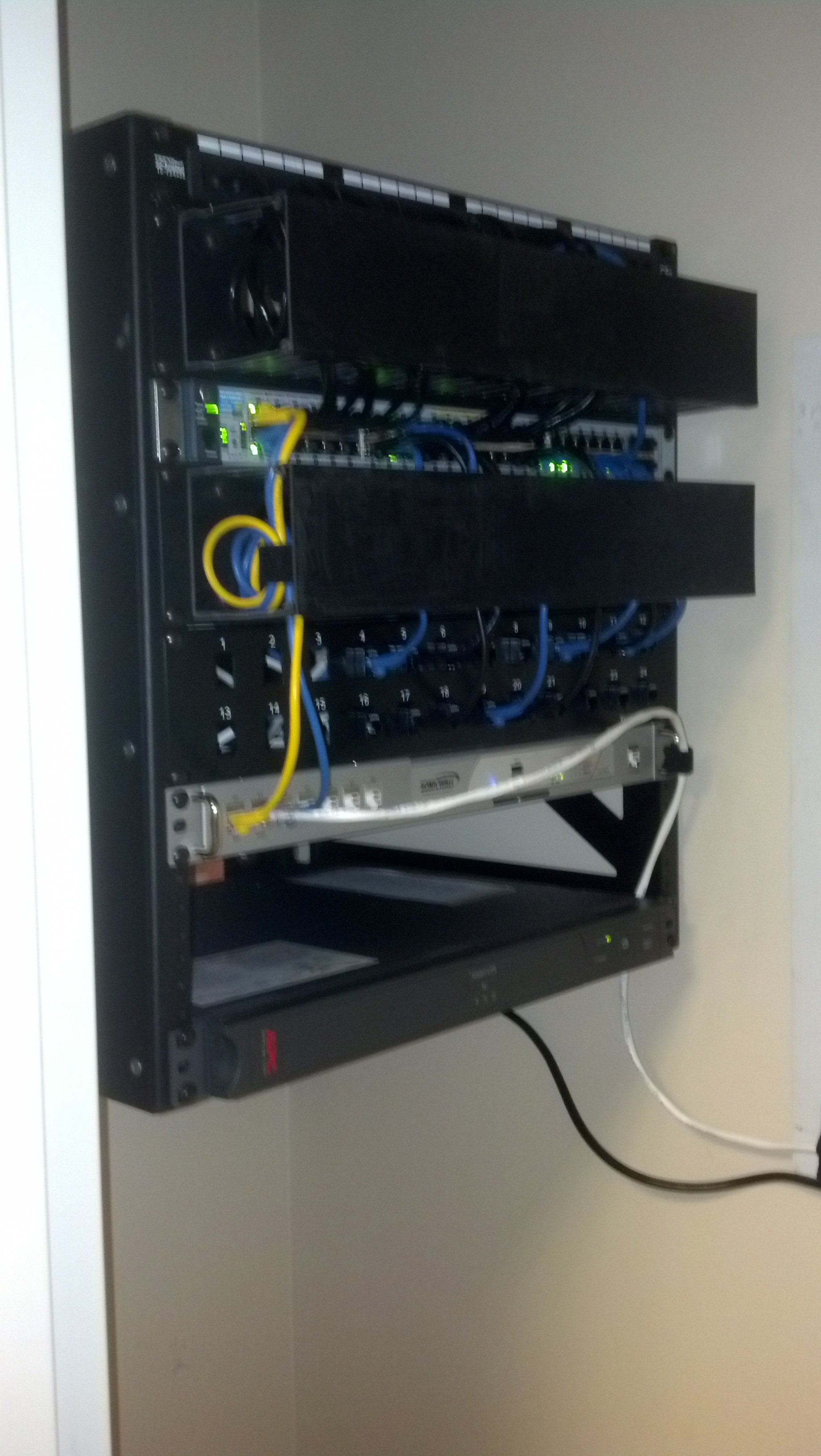 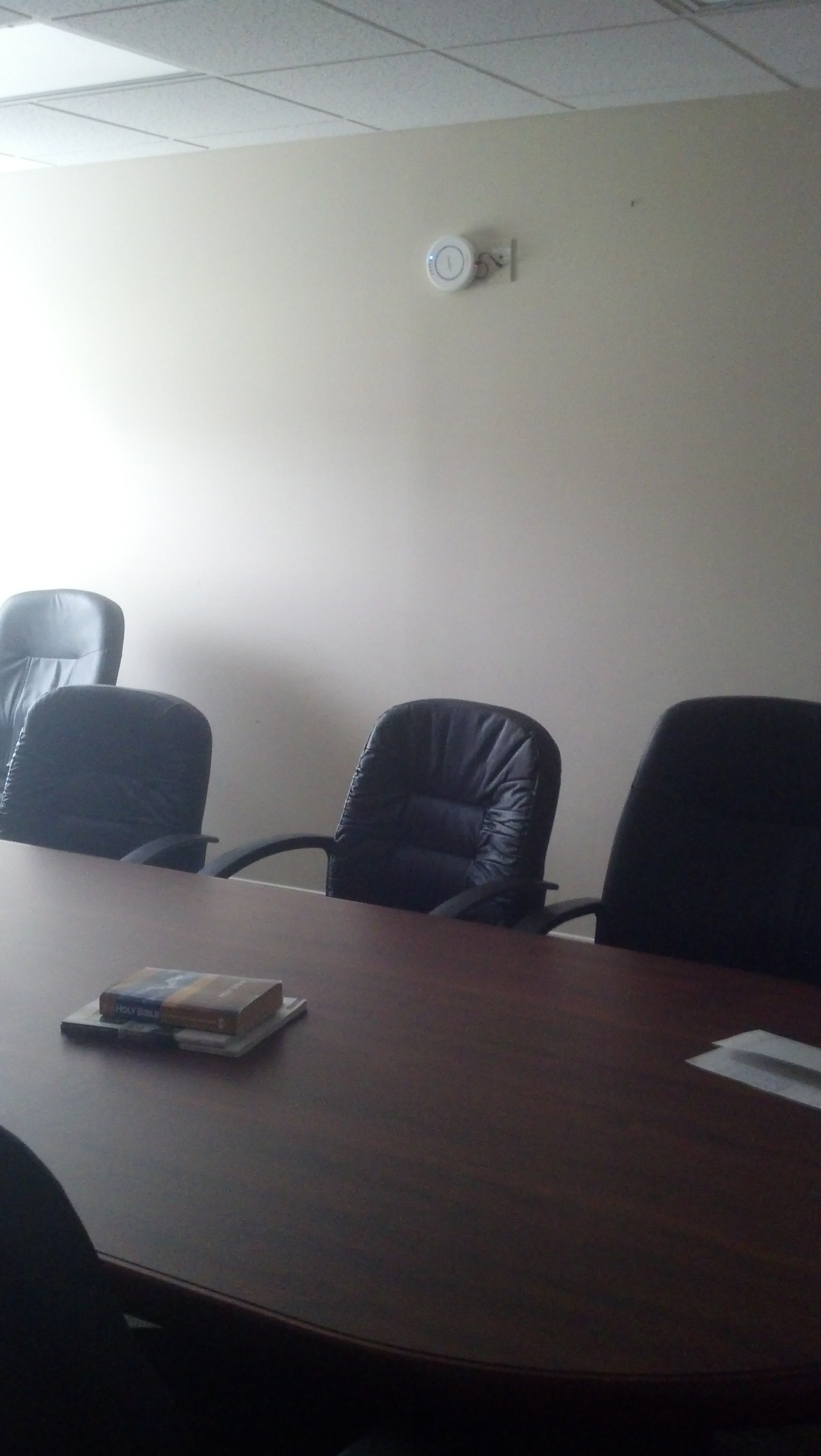 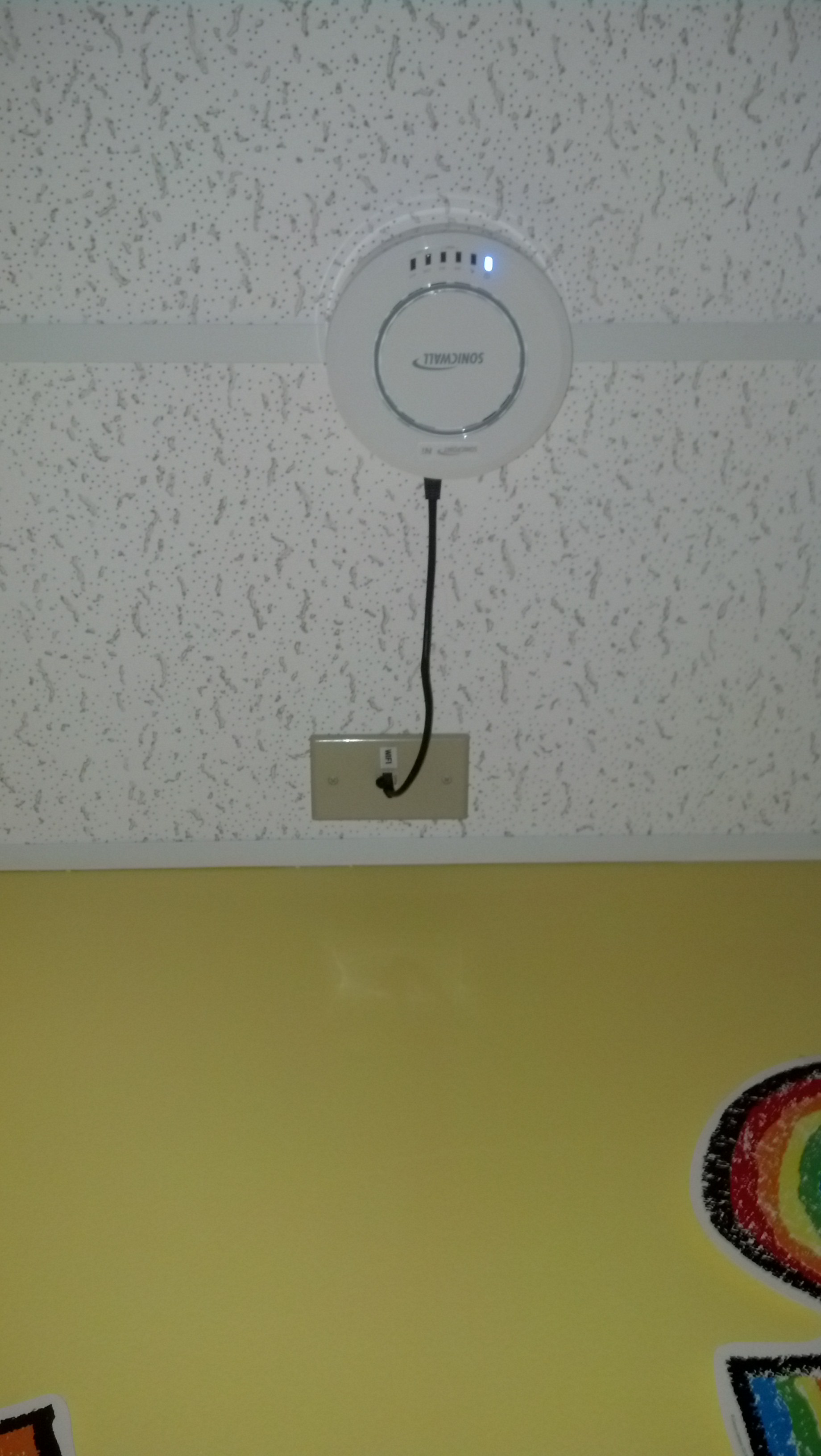 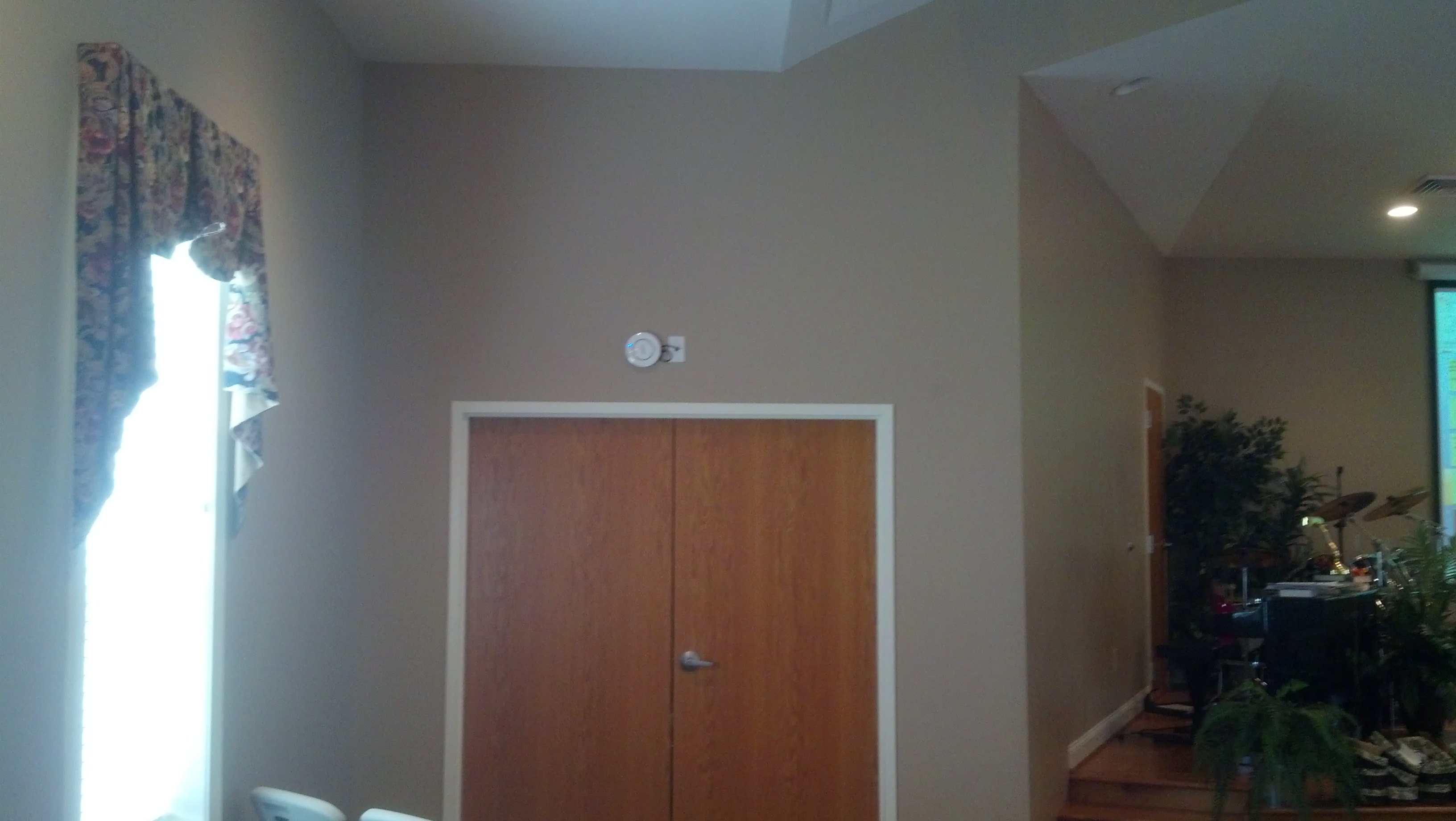 The conducted site survey revealed that the symptoms affecting the church weren't being caused by a singular condition but by a number of problematic situations. The first, and easiest, condition we resolved was removing all the standalone access points we discovered during the walk-through, while conducting the site survey, that were competing to broadcast transmissions on over-crowded channels. We also determined that a number of wifi-enabled printers were also contributing to the problem by broadcasting their own "Direct Print" WiFi networks. Additionally, we found that there were a good number other, near-by wireless networks, originating from neighboring buildings, that were competing for most of the available spectrum.

Having to individually manage any number of access points is a pain and just adds unnecessary complexity into the network. We resolved this problem by introducing a Dell SonicWALL TZ 215 UTM which has a built-in wireless controller and is able to effectively manage up to 16 SonicPoint wireless access points. Distributed throughout the campus using an HP Aruba Series 2530-48G-PoE+ L2 managed switch, we deployed 5 SonicPoint Ni access points, providing reliable and metered wifi connectivity for up to 180 devices.

[UPDATE]  The church has, since, scaled to a total of 9 SonicPoint Ni access points. The expansion enabled support for providing pleasurable wifi connectivity to up to 324 devices.

We’re grateful for the privilege of working with such a fine group and wish them all the best in all they pursue.